A language barrier may be a drawback for a lot of international students who wish to study in Japan. Surprising, some universities in Japan have included English taught programs in their curriculum. Japan is one of the best countries in the world with a stable economy. The country is famous for great innovations. It is not only ideal for business; the country is also an education hotspot. There are several universities in Japan providing  teachings in Japanese and English. Dive in to see some of the English-taught universities in japan.

With the recent influx of international students in Japan, it became necessary for universities to have other study options like the English language. Japanese universities offer quality teachings; with advanced teaching style. Studying in Japan won’t be a bad choice especially, now that there are English-taught programs available in some Japanese institutions.

Without wasting much time, let’s take a good look at some of the top English universities in Japan. 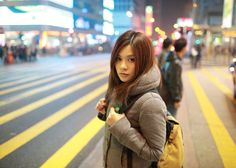 The University of Tokyo University is one of the English-taught universities in Japan for international students. the university is Japan’s highest-ranked university in Japan with its highly regarded programs taught in English mainly at the graduate degree. In this university, there is one English undergraduate program called PEAK.

Waseda University is a private research university in Shinjuku, Tokyo. . This is another good school in Japan with an impressive teaching style. Here, there is an English program for international students to choose from. Waseda University’s seven undergraduate schools provide English-based degree programs that do not require any prior knowledge of Japanese

This is one of Japan’s public universities. The university offer programs taught in English. Interestingly, admissions and support services are also conducted entirely in English. No prior knowledge of Japanese is required to enrol as a full-time student in any of these outstanding departments. Engineering is the sole English-language undergraduate program available, while at the graduate level, programs such as Economics, Energy Science, and Management, to mention a few alternatives, are all available in English.

International Christian Institution, sometimes known as ICU, is a private non-denominational University in Mitaka, Tokyo, Japan. ICU is also one of the English-taught universities in japan. The university creates a learning environment in which students can actively connect with their peers and lecturers in English to improve their critical thinking and creative skills. These Students are then divided into small groups of roughly 20 students, known as “sections,” where they can practice reading and writing while also discussing and expressing their perspectives on a variety of themes. Every week, students attend four to eleven periods of ELA classes, depending on the Stream they are assigned to.

Hokkaido University, or Hokudai, is a public university in Sapporo, Hokkaido, Japan. The Imperial University of Japan was the fifth in the country.

The Meiji University is a private research university in Chiyoda City, Tokyo, Japan. The English Track program at Meiji University’s School of Global Japanese Studies (SGJS) is based in English. Students can complete all of the SGJS English credits and get a Bachelor of Arts degree in four years by enrolling in this program.

This program focuses on ancient and modern Japanese culture, as well as Japanese society in the global community.

The Kyoto University of Advanced Science, originally Kyoto Gakuen University, is a private university in Kyoto, Japan, located in Uky-Ku. Founded in 1925 as a trade school, and incorporated in 1969. Kyoto Institution of Advanced Science (KUAS) is a four-year authorized private university in Kameoka City, Kyoto Prefecture, established in 1969. KUAS has also recently opened a new campus in Uzumasa, Kyoto.

International students can study in English medium at the Kyoto University of Advanced Science.

The University of Tsukuba, in Tsukuba, Ibaraki, is one of the National Universities in Japan, and the Japanese government has designated it as a Top Type university in the Top Global University Project. The university has some English taught programs, especially graduate programs.

Musashino University is the only university in the world dedicated to the ideals of the Hongwanji Jodo Shinshu School of Buddhism. Musashino University, founded in Takakusa in 1924, is a comprehensive university that has set an example for adapting to changing circumstances. It is listed among the English-taught universities in japan.

The International University of Japan is a private university in Niigata Prefecture, Japan. It is located in Minamiuonuma city. IUJ is Japan’s first graduate university, with no undergraduate programs, and one of the few universities in the country to provide all courses in English.

The language barrier shouldn’t deter you from studying in Japan. As you can see, there are English taught programs available. There are other English-taught universities in japan, kindly research more to know the one suitable for you.